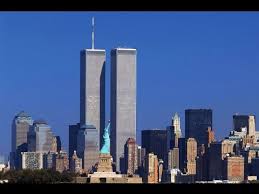 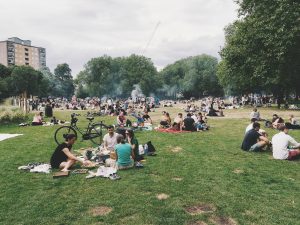 The year was 1914. Just 100 years ago. The Central Powers, led by Germany, were launching a major global offensive against the Allied forces of Russia, France, and Great Britain. The United States took a position of neutrality in an attempt to stay clear of the conflict.
On May 7, 1915, however, a German U-boat attacked and sank the Lusitania, a non-military British liner. 128 US citizens lost their lives, but Woodrow Wilson declared, “America is too proud to fight.”
During 1915-16 the American Congress worked to cut the military budget and in fact, defeated a “big navy” plan and scuttled the battleships.
January 31, 1917, German Ambassador to the United States presented U.S. Secretary of State a note declaring Germany’s intention to restart unrestricted submarine warfare. In February-March of 1917, German submarines targeted and sank several US merchant ships. On February 24, the British forwarded an intercepted German telegram to Mexico that promised war favors for attacking the US. Throughout this period the US maintained its position of neutrality. On February 26, Wilson asked Congress for the authority to arm U.S. merchant ships with U.S. naval personnel and equipment. While the measure would probably have passed in a vote, several anti-war Senators led a successful filibuster that consumed the remainder of the congressional session.
Finally, on April 2, 1917, President Woodrow Wilson went before a joint session of Congress to request a declaration of war against Germany. Congress declared war on April 6, 1917.

War is not fun. The threats in it, the costs of it, the death produced by it; everything about it causes us to shrink back from it. Even when significantly impacted by it, we avoid it, and resist acknowledging it. As stated in the Declaration of Independence, “…and accordingly all experience hath shewn that mankind are more disposed to suffer, while evils are sufferable than to right themselves by abolishing the forms to which they are accustomed.”

An aversion to war has been woven somewhere into the fabric of American culture. We can hear the rumble of cannons, feel the ground reverberating under our feet, hear of casualties laying by the wayside, even smell the stench of decaying flesh. But we still get up in the morning, have our coffee, continue our routine, eat out at our favorite restaurant, go on vacation, and life continues with no sense of impending struggle or loss.

Sunday, December 7, 1941 started quietly, as many days before it had. Although all of Europe and most Asia and Russia were deeply embroiled in destructive warfare, men in Pearl Harbor had been out the Saturday evening before relaxing, partying… ignoring. War was raging, but all of life was quiet and routine as a country awoke on that quiet Sunday morning. The rest is history, as they say.

The family, as we know it, as God designed it, is under heavy attack. The sound of artillery can be heard in the distance. Casualties lie all around. The evidence of the conflict is abundant. But dads headed off to work this morning, moms did their morning chores, put their children on the bus for the day, then headed off to their jobs. I believe that it is time to sound the alarm. It is time to unveil the enemy. It is time to develop wartime strategy. It is time to declare war.

April 6, 2012, my neighbor, Wayne Morrison died.   My son, Isaiah, mowed the lawn for the Morrisons.  We tended their chickens when they were away.  They provided the invitations for my daughter’s wedding.

Wayne was a printer, but not just any printer.  He was a walking antique.  When Wayne walked the street of our small village, he looked like a page out of the history books that he printed.  The presses in his shop were old when Teddy Roosevelt was president.

Wayne spent seven of his youthful years apprenticing under a master printer.  That apprenticeship led him to a life-long vocation of putting thoughts, ideas, and history on the printed page.

When Wayne went to be with his Creator, I shared that information with the young men (seniors in high school) that work for me.   They didn’t know him.

You need to understand that I live in a village of 442 residents.  The print shop that Wayne operated was opened in 1815.   His was the sixth generation of operation.  He worked his trade here for 41 years.  He loved his work, and delighted to demonstrate his trade to any who would take an interest.  He wanted to teach someone else.

But the youth of our community missed out on Wayne.  They didn’t know him.  They will never have the benefit of his wisdom or experience.  The educational system to which they are subjected is disconnected from providing actual life skills.  The skilled laborers, craftsmen, and even professionals, both active and retired, are not available to our youths.  Not only do  these young people miss out on the vocational training that these folks have to offer, but also the wisdom, experience, and practical life skills that are stored up in them.

Rest in peace,Wayne.  We will miss you.  Our youth will never know what they have missed.

I believe that a call must go out to the people of God to become a thinking people.  Much of Jesus’ earthly ministry was aimed at getting people, and especially religious people, his people, to think.  He wanted them to consider why they did what they did, and what was the real fruit of it.

Consider the incident with the man at the pool of Bethesda, as recorded in John 5.  Jesus walked into a scene that had remained unchanged for many years.   People were lying around waiting and hoping for some mysterious moving of the water that would allow them to beat everyone else to a healing plunge.  Interestingly, Jesus happens into that scene on the one day, the Sabbath day, which would prevent him from doing anything about it, if he walks according to the teaching and tradition of men. Jesus walks into the middle of that crowd, picks out a guy who has obviously been waiting there for a while, instructs him to get up and walk out of there (carrying his mat of course), and then disappears into the crowd to watch what would happen.

Now, for what purpose did Jesus do the healing work?  The man certainly benefited, but the lesson was not for him.  The lesson was for those who were responsible to maintain the religious order for the day.  Jesus wanted them to think.  Their value system was being challenged by a divine act.  The One who has ordered everything was defying “the way things are supposed to be”.  Jesus could have chosen any other day of the week to do his work.  This man had been there for years, couldn’t this act of kindness waited until tomorrow?  Or, why hadn’t he come to heal yesterday.  Why did he have to go upsetting everyone?  He wanted them to evaluate.

So, why do you do what you do?  How much of what we do is actually based upon our expectation of the way things should be instead of the Bible?  Why are our church gatherings structured the way they are?  Would the early church even recognize us as being part of them? Are the scriptures our reference point for defining our earthly relationships?  Why do we treat families as individuals by an age-segregated approach to training? Why don’t we actually practice church discipline as instructed directly by our Lord in Matt 18 and elsewhere?  Why aren’t the “one another’s” or “hospitality commands” of Scripture emphasized or practiced as central to body life?  Who is really responsible for the care of our elderly?  What does the Bible say about the place of the church in family life? And, what does it say about the place of the family in church life?