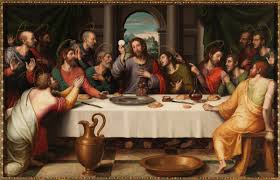 The heart of Jesus for his church is clearly expressed in his recorded prayer in John 17.  In John 17:21 Jesus prays that his followers would be unified.  Specifically, he prays, “I do not ask for these only, but also for those who will believe in me through their word, that they may all be one, just as you, Father, are in me, and I in you, that they also may be in us, so that the world may believe that you have sent me.”

Is unity amongst the children of God, the family of believers, possible?  Can we really think that the denominationalism and sectarianism in which the church of today is entrenched could be overcome?  Is it possible for genuine believers to become united in purpose under the singular headship of Jesus through the unifying power of the Spirit?

The twelve men who were hand-picked by Jesus as his closest disciples provide great hope for our day.  That hope does not come because they were extraordinary or supernatural men.  No, our hope comes because they were just like us, and in so many ways divided.  They argued about who was greatest. They maneuvered for positions of distinction.  They complained often.  They were normal, everyday sinful men.

Consider Simon the Zealot, sitting at the table with Matthew the tax collector.  Simon was part of an extremist subversive group that hated the Romans.  Matthew is a Jew that collects taxes for Rome.  These two guys did not meet regularly for lunch.

And what about the arrogant, loud fisherman, Peter, who continuously affirms his superior performance to the rest of the men.  For example, Matthew 26:33 records, “Peter answered him, ‘Though they all fall away because of you, I will never fall away.’”  He even assumed a position of overbearing rebuke to Jesus, “And Peter took him aside and began to rebuke him, saying, ‘Far be it from you, Lord! This shall never happen to you.’”   Matt. 16:22.

James and John were nicknamed the “Sons of Thunder”, by Jesus himself.

That would have been because of scenes like Luke records in 9:53-54, “But the people did not receive [Jesus], because his face was set toward Jerusalem. And when his disciples James and John saw it, they said, “Lord, do you want us to tell fire to come down from heaven and consume them?” Isn’t that a hoot!  Turn any who rejects the gospel into crispy critters.

Through the power of the cross, the reconciling power of the resurrection, Jesus, by the ministry of the Holy Spirit, transformed this group of selfish, temperamental, complaining, manipulative men into a unified army who served with powerful humility.  These same men bowed together in an upper room, waiting for the promised Spirit.  They together felt the ground shack under their bent knees.  They labored together to proclaim the resurrection, baptize converts, disciple repentant sinners, organize a ministering body of believers.

What about Our Day

Is it possible to think that the church of Jesus Christ in the 21st century could be unified?  Are we any more arrogant, any more opinionated, any more self-serving than these foundational men?  I believe that it is the intention of the Spirit of the living Christ to break down the barriers that have been erected by centuries of sectarianism.  It is his purposed effort to reestablish the foundation of brotherly compassion and unconditional love upon which all believing relationships are to be established.

Do not be mistaken, he is not moving us toward the wholesale abandonment of truth.  It is not the pluralistic philosophy that declares no right and no wrong.

However, our doctrinal statements and systems of theology do not provide the foundation for brotherly fellowship.  Jesus did not pray that we would be able to recite catechisms, nor possess the resources to purchase volumes of theologies.  He prayed that we might ALL be one, just as he and the Father are one.  The result would be that the world would know who he is, the son of the living God.

Would you join me (and Jesus) in praying for his church to be unified?  Would you take a step today to build a relationship with someone with whom you disagree?  Would you give thanks for the things that you have learned from people outside of your circle?  Would you humble yourself to honor every person that you meet simply because they bear the image of their gracious Creator?  Would you ask the God who is magnificent to be magnified in your own eyes?  Our Dear Father, please help us all.